In Search of Wisdom

A friend asked me if I had wisdom. If I was wise. I didn’t have an answer. In fact, I wasn’t sure I knew what wisdom was or what the word wise meant. Did it mean the possession of great knowledge? Did it mean common sense? Did it mean the ability to make wise decisions? The question was asked of me more than two decades ago.

But does wisdom have to be the province of the old? We’ve all met people who seem wise and mature beyond their years. A child described as a 40 year old in a 10 year old’s body. Or a young person described as having an “old soul.”

Perhaps having wisdom is like King Solomon. If you are considered wise, you may even be called “a Solomon.” What did he do?

In one account, known as the Judgment of Solomon, two women came before Solomon to resolve a quarrel over which was the true mother of a baby. When Solomon suggested they should divide the living child in two with a sword, one woman said she would rather give up the child than see it killed. Solomon then declared the woman who showed compassion to be the true mother, and gave the baby to her. (Source – en.wikipedia.org/wiki.Solomon)

In different religions of the world, wisdom may take on different contexts. That would be another discussion. 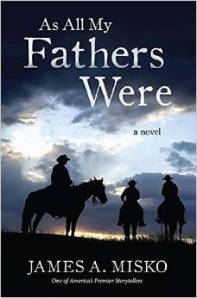 I recently read the novel As All My Fathers Were by James A. Misko. To me wisdom was one of the themes. The wisdom of an old rancher pitted against the “new” wisdom of younger, successful, and powerful ranchers. The wisdom of a matriarch and the stipulations in her will. The wisdom of a river trying to show, not tell.

I hope I have some wisdom, that I have a concept of the meaning. To me, being wise or displaying wisdom is having patience, empathy, tolerance, judgment, understanding, and the ability to reach sound decisions. It’s derived from experience, being sensitive, intuitive, and having the ability to put together information and reach conclusions of benefit to those involved. It’s conducting yourself responsibly and being of value to yourself and society. It’s derived from living, from education – formal and informal.

All I can say is I’m working on it. I realize how much I have to learn and how little, in the grand world order, I really know.

How do you view the meaning of wisdom?

I'm a writer ... of fiction, nonfiction, and poetry. I blog about writing, short stories, poetry, books, plays, and thoughts on life. Love reading and travel and being with friends!
View all posts by cmwriter →
This entry was posted in Books, Creativity, Inspiration, Looking for Inspiration, Reading, Writing and tagged As All My Fathers Were, empathy, experience, James A. Misko, judgment, King Solomon, knowledge, old, patience, Solomon, sound decision making, theme, tolerance, understanding, wisdom, wise, writing, young. Bookmark the permalink.

9 Responses to In Search of Wisdom