When you write, you usually do it alone. There are exceptions. You might be in a class with everyone writing together on a prompt or writing in the white noise of a cafe or coffee shop. But the real nitty-gritty of writing is done alone. Except  you’re not alone. You’re surrounded by characters and ideas and settings and plots. And when you’re not in that world, you’re back in the real world, and, hopefully, that world includes a generous, supportive writing community. 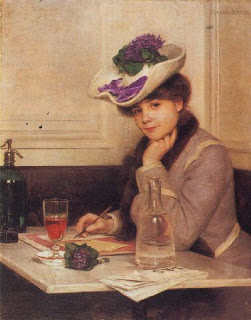 “What to Write?” by Hermann Fenner-Behmer early 20th century

In February of this year, I attended a “Meet the Author” Reception for novelist Gail Tsukiyama. I’d read Women of the Silk and The Samurai’s Garden and was excited to meet her. After the wine and hors d’oeuvres, she spoke to the group about her then current novel The Street of a Thousand Blossoms. Everyone at the reception received a copy. She’d learned during the evening I was a writer and when signing my book, she wrote, “For Carol – May my words inspire your words. Best Wishes – Gail Tsukiyama.” I treasure that book … for its marvelous story and for the kind, generous, and encouraging inscription.

More recently, I attended a book launch for the debut of the historical novel The Girl in the Butternut Dress by Joanne Hardy. She spoke about Civil War events in Southern Illinois, the stories of her Civil War veteran great-grandfathers, and her extensive research. She concluded by reading a tense scene involving the safety of fleeing slaves. After her presentation, and prearranged with the event hostess, she had five authors who were in the audience talk briefly about their books. A generous gesture to fellow writers.

Over the years, I’ve had the good fortune to have four mentors whose input I treasure and respect.

Poet Dessa Reed offered a poetry writing class which I found I enjoyed. When she asked me if I’d like to join her poetry group, I did. As a fiction writer, I found that writing poetry helped me in such areas as word selection, sentence rhythm, using metaphors, and the lyrical flow of writing. She generously shared her expertise and talent. Over time, I submitted several poems to a local magazine for which she wrote a poetry column and had the pleasure of seeing them in print.

Novelist/short story writer Francine Kaplan invited me to join her critique group. One day she suggested I submit my then current story for possible publication. She also suggested I work with a writer’s submission service called Writer’s Relief, which I did. Several months later, I received a letter from a literary journal that my short story “The First of the Season” had been accepted for publication. Her encouragement and suggestions were most generous.

I enrolled in a creative writing class taught by author/journalist/teacher Cyndy Muscatel. Each session began with an exercise called “Writing Aerobics.” A single  word or an unfinished sentence would be on the whiteboard. For example,  “The piece of lace … ” We’d write, then share our stories. Several pieces I started during the “Writing Aerobics” won contests or were published. I appreciated her ideas and support. This popular class is about to enter its thirteenth year.

With a vow to find out about using social media and blogging, I took a workshop led by novelist/blogger/social media instructor Lynne Morgan Spreen. In it, I learned how to set up my blog. If I had a problem, she’d do a one-on-one telephone session and patiently talk me through a particular process. In addition, I’d visit her blog, Twitter, Facebook, LinkedIn, Goodreads, or Pinterest sites to further study how “things” worked. A giving and generous associate.

These writers shared their expertise and I’m forever grateful. Writerly words of encouragement or suggestions make wonderful gifts. They are seldom wasted. Nor is an “atta boy” or an “atta girl.” 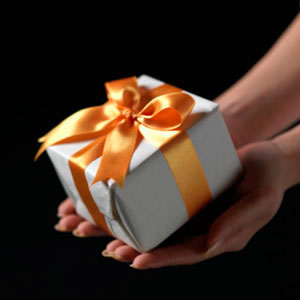 4 Responses to Gifts for Writers